5 of the Best Lord Byron Poems Everyone Should Read 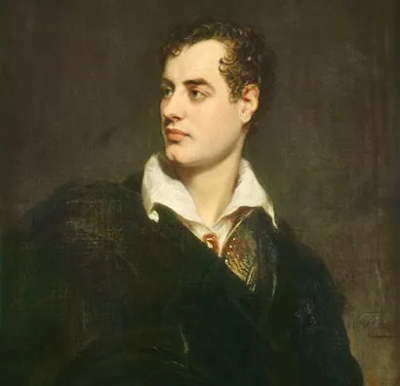 George Gordon, Lord Byron (1788-1824) wrote a great deal of poetry before his early death, in his mid-thirties, while fighting in Greece.

I had a dream, which was not all a dream.

The bright sun was extinguish’d, and the stars

Did wander darkling in the eternal space,

Rayless, and pathless, and the icy earth

Swung blind and blackening in the moonless air;

Morn came and went—and came, and brought no day …

’Tis known, at least it should be, that throughout

All countries of the Catholic persuasion,

Some weeks before Shrove Tuesday comes about,

The people take their fill of recreation,

However high their rank, or low their station,

And other things which may be had for asking …

So, we’ll go no more a roving

So late into the night,

Though the heart be still as loving,

And the moon be still as bright …

I want a hero: an uncommon want,

When every year and month sends forth a new one,

Till, after cloying the gazettes with cant,

The age discovers he is not the true one;

Of such as these I should not care to vaunt,

We all have seen him, in the pantomime,

Sent to the devil somewhat ere his time.

Childe Harold was he hight:—but whence his name

And lineage long, it suits me not to say;

Suffice it, that perchance they were of fame,

And had been glorious in another day:

But one sad losel soils a name for aye,

However mighty in the olden time;

Nor all that heralds rake from coffined clay,

Nor florid prose, nor honeyed lines of rhyme,

Can blazon evil deeds, or consecrate a crime.

George Gordon, Lord Byron (1788-1824) was one of the most famous English poets of second-generation Romanticism, and thanks to his colourful private life, he was certainly the most controversial. He attained considerable fame in 1812 while a young man in his twenties with his poem ‘Childe Harold’s Pilgrimage’: Byron famously commented that he ‘awoke one morning and found I was famous’.