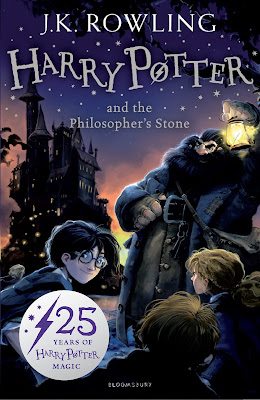 Harry Potter is an orphan boy who lives unhappily with his uncles, the Dursleys. He receives a letter containing an invitation to join Hogwarts, a famous school specializing in training young wizards. Initially, Harry is prevented from reading the letter by his uncle, but he is soon visited by Hagrid, the Hogwarts gamekeeper, who arrives to take him to the school. Harry enters a magical world he never imagined, living several adventures with his new friends, Ron Weasley and Hermione Granger.

The book begins slowly, contextualizing the life of the Dursley family, Harry's uncles, and the "movement" created for Harry Potter, as a baby, to be left on the Dursleys' doorstep. The boy had been the only survivor of Voldemort's attack, a great evil wizard. But this information is omitted by his uncles throughout his childhood.

Times go by and Harry Potter is 10 years old. He is badly treated by his uncles and by his cousin, Duda. Harry's life is full of misfortune and little joy. This beginning of the book reminded me a lot of A Series of Unfortunate Events.

Harry Potter is a boy who doesn't know his origins. The only thing they told him was that his parents had died in a car accident and that he had only suffered a cut on his forehead, in the shape of a lightning bolt. However, everything changes when letters addressed to him arrive at the Dursleys' house. Initially, his uncle Vernon tries to prevent Harry from reading the contents of the letters, but as the days go by, countless identical letters begin to arrive to the point that Vernon decides to travel with the family to a secluded place, avoiding such mysterious letters.

It didn't help. Even in this isolated spot, Harry continues to receive the letters. And on the night he turns 11, Rubeus Hagrid, a Hogwarts employee, shows up with a birthday cake and tells the boy everything his uncles have hidden for years. Harry Potter is a wizard and the letters are an invitation to join Hogwarts School.

The boy's life would change forever.

From then on, the book focuses on small but important adventures that serve as an introduction to the wizarding world. The friendship with Ron Weasley and Hermione Granger is portrayed throughout the narrative, as well as the rivalry with Draco Malfoy. Hagrid also serves as a foothold for Harry and his friends.

The challenge and mystery pointed out in the book revolves around the Philosopher's Stone, an artifact capable of transforming any metal into another and also serving as an elixir of life. Initially, the boys believed that the Philosopher's Stone, which was protected at Hogwarts, was targeted by Severus Snape, the school's teacher, in order to make him rich. But the boys discover that a weakened Voldemort is looking for the Stone to become a great wizard again. And it is, supposedly, Snape who will give the stone to the villain.

With Snape at risk of stealing the Stone, Harry, Ron and Hermione begin to devise a way to get it before Snape does. To do so, they will have to go through various obstacles that protect it, such as a gigantic three-headed dog called Fluffy.

The last chapter is dedicated to this adventure in search of the Philosopher's Stone. It's exciting and with an incredible twist. It wasn't Snape who was interested in her. It was Quirell, a "of little importance" teacher who had never been considered as possibly interested in her. Voldemort, still very weak, has taken possession of the professor's body and tries to steal the Stone, which has strangely fallen into Harry's pocket. The villain fails and, again, loses a battle to Harry Potter.

About the Author: J.K. rowling 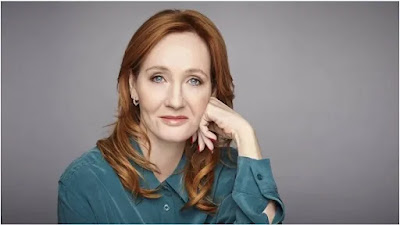 JK Rowling, born Joanne Rowling, is a writer, screenwriter and film producer who was born on the 31st of July 1965 in the city of Yate, United Kingdom. Now 54 years old, J.K. Rowling became world famous soon with her debut children's novel, Harry Potter and the Philosopher's Stone, in 1997.

The books in the series (7 in total) quickly gained worldwide notoriety and have sold over 500 million copies! Such success made J.K. Rowling the most successful - and fortunate - writer in history and turned Harry Potter into the best-selling literary series of all time.

According to J.K. Rowling, or Jo, as she likes to be called, the idea to create Harry Potter came in 1990 during a train journey from Manchester to London. Until the release of the first book in 1997, Jo had a troubled life. She lost her mother, gave birth to her first daughter and separated from her first husband. In addition to all this, it was experiencing a severe financial crisis.

information of this edition