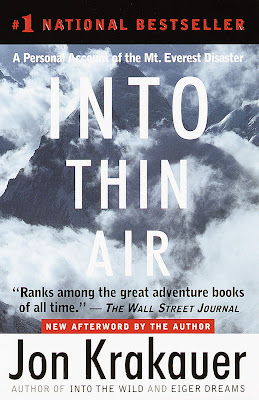 Report of the tragedy that occurred on Everest in 1996, a lot of tension, suspense, catastrophes, temperatures below -50º. True story that took place in one of the most inhospitable places on Earth. Jon Krakauer, member of one of the commercial expeditions, in the year mentioned above.

As a reporter and climber hired by Outside magazine, a pioneer in mountaineering, Krakauer brings us an exciting account, and each chapter transports us progressively, meter by meter, until we reach the highest peak in the world, at 8848 meters of altitude of the Magnífico EVEREST

Krakauer also brings us parallel stories from other times on the mountain that preceded his expedition, helping us to know a little of everything that involves the place, and makes us know a little more about this great challenge that is to climb the dreaded Everest.

When reading No Ar Rarefeito, we will have the interesting experience of knowing about the Sherpas, natives of this mountainous region of Nepal, who live high in the Himalayas. It is noted that these people are worthy of immeasurable value for the first explorers of the Himalayan region. That many times were and are still responsible for the success of many expeditions towards the peak. It was known that the climb to the famous summit was very difficult, but honestly readers, I had no idea how much. Krakauer really tells us on every page how difficult it is, a situation in which man is pushed to his psychological and physical extreme. In the book you follow each meter of the ascent, cheering, getting emotional. The work brings us moments of bitterness and sadness, without exaggeration Krakauer's Best Seller generates a certain commotion in the reader. No happy ending, but with the taste of mission accomplished. The writer was very successful in the work. A difficult and controversial topic, which to this day generates controversy. 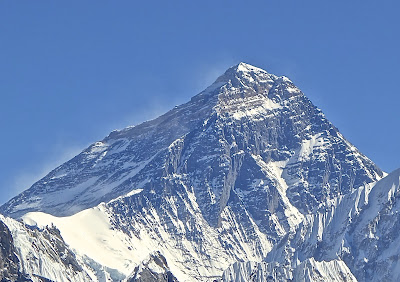 A true high-risk adventure, the most dangerous I've had the opportunity to read, the writer manages to convey the feeling of cold, fear, panic. Climbing Everest is a very expensive investment, and the high amounts paid do not guarantee reaching the summit, where extreme physical effort is always beyond limits. Everest is a tough opponent, much mystified by the Natives, it's nature at its harshest. The Mountain has life, it literally moves. You must analyze each step taken from the beginning. Predicting what could be the end, and a small moment of neglect, however slight, can mean the end of your journey.

There are numerous factors that make the ascent difficult, all very well described by the author, the thin air, the eminent risks at every moment, are one of the strengths of the work, the author very well detailed each stage, the first steps towards the base camp , followed by the process of acclimatizing the climbers in each post, describing all the parts of the climb, tells us everything in a very detailed way how the entire climbing process works, in which they lasted three painful months, living in the mountain that allows no mistakes, punishes and punishes with death.

After reaching the summit, during the descent to the camp, nine climbers from four different expeditions died, and by the end of that same month, another three would not survive. , wrote the best seller, In Thin Air, a moving, moving account of the ultimate numbness that EVEREST exerts on people's lives.

But then what makes someone have that desire?

What is the power of a dream?

What brings meaning to life?

Find out how much this achievement is worth.

An exorbitant feast for those who like sports and adventures, a must-read for this audience.