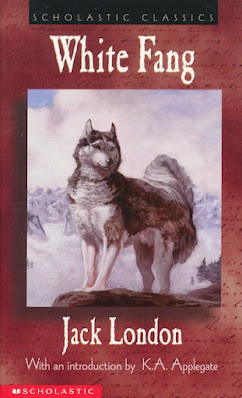 White Fang, a classic of adventure literature, following the same lines as his previous book The Call of the Wild. Buck, a domestic dog transforms into a wild wolf in the icy lands of Alaska, which you can also enjoy here on the blog.

Jack London brings us an exciting story, but in the opposite direction to the first one, drawn in parallel between animal and man, nature and civilization.

The reader will follow the odyssey of a wolf, from birth, starting with its first steps in the difficult law of the jungle, in a continuous search for survival, passing through several owners until it is domesticated and civilization completely possesses it.

White Fang is the great-grandson of the protagonist dog in The Call of the Wild, and the starting point of his journey is exactly where his predecessor Buck left off.

Jack London manages to invade the animals' intimacy, bringing us the wolf's point of view in a simple and unique way.

From its various owners, these seen as Gods in the animal's conception, Gods destined only for servitude, to the definitive encounter with their only God, dosed with an unconditional love coming from a wild creature, destined for a man.

For anyone who loves animals, this is a must-read.

White Fang is divided between two worlds, this first dose of freedom in the forests, on the other side a world that would lead to domestication with violent acts totally submissive to the “God” man.

Right at the beginning of the book, Jackon London presents us with a beautiful suspense in one of the most inhospitable places in Alaska with temperatures below -50º. An expedition, with the mission to carry a load, also composed of a corpse, using sleds pulled by a pack of dogs, towards Fort MacGurry. Cornered by a pack of hungry wolves, willing to do anything for a measly piece of meat, during the onslaught of wild creatures, many lives are taken, and the few individuals left spend moments of disturbance and agony, a constant terror in the fight for survival. . Surely the call for hunger will dictate the rules.

The details of the adventure is one of the attractions of the book, the way animals think and act, very well reported by the author who fascinates us in a captivating way. A straightforward journey, towards the forests and indigenous camps.

It is always very interesting in his narrative, the way that Jack London sees the whole development of the characters, whether this individual animal or man, shaped by the environment in which he lives and his attitudes.

Based on the adaptation process, both psychological and physical, to which White Fang is submitted at each stage of his life, the reader will easily notice that this development is very similar to that of a human being.

A moving and emotional adventure, in which the wolf initially as nature conceived him, a hostile beast, continues until he reaches the meaning of love and respect in his last home in civilization with his family.

A dynamic work, told with great intelligence, mandatory for lovers of a good adventure. 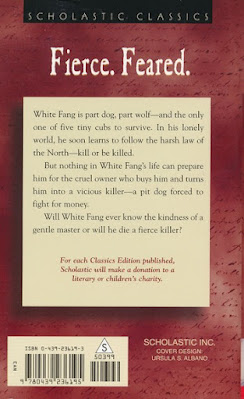