The Dreamseller: The Calling: A Novel By Augusto Cury 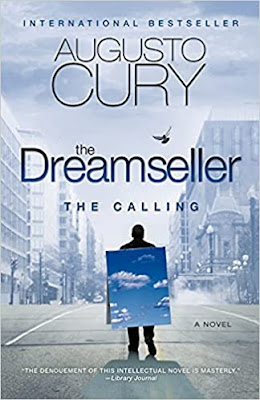 Once again we will comment on a work by a Brazilian author, a brilliant author.

Augusto Cury is a psychiatrist and also a writer. With his magical words and stories he has moved and captivated people around the world, and today he is considered the most read Brazilian author of the decade.

Here at Blog Casa de Livro, we have already commented on the first volume of this wonderful series. The Dream Seller: The Call introduces us to unique characters that will live on in our memory forever.

In this first volume it all begins when a ragged man known as Mestre manages to prevent, using only his words, an intellectual from committing suicide. And it also shows us how ordinary people become special in search of the love of life.

Now in this second volume we continue the search to understand the interior of the human soul.

The Dream Seller and the Anonymous Revolution, the master keeps turning the

society upside down. His disciples, a little crazy, of which Bartolomeu and Barnabé stand out, gain wings, revealing a surprising creativity and preparing a thousand adventures. They provoke, satirize and instigate everything and everyone, even the master himself suffers in a delicious way at the hands of these madmen. This work shows that societies are made up of unsung heroes. Augusto Cury, once again writing with perfection, moves us from beginning to end. But this time things are more complex and complicated, the master is in danger of death. And his disciples may also be threatened.

But these are not the only reasons. The master has secrets. He too was once powerful, he too has already traded everything for money. The same guy who today preaches that humanity is sick, has gone days without looking at his children's faces, because time is money.

The time has come to open up to your friends, as with each passing day being around him becomes more and more dangerous.

But after all, who wants to kill the master?

And what is the true identity of the master?

Now they must stick together to help the master.

Shutting up a voice is easy, but no one will be able to shut up a bunch of people who want to sell dreams, who want to show society's weak point, who want to help people find their balance. And let's be realistic, silencing Barnabé and Bartolomeu is almost impossible.

Will the master be able to survive?

Will he tell us his story?

Once again Augusto Cury shows us that he is not just any writer. He captivates, entertains and excites us, exposing everyday facts in a simple yet adventurous way.

Cury shows us that every human being is a box of secrets, and exploring them is a privilege. Author of a theory that studies the admirable world of thoughts and the complex process of the formation of thinkers reveals treasures buried in our psyche. 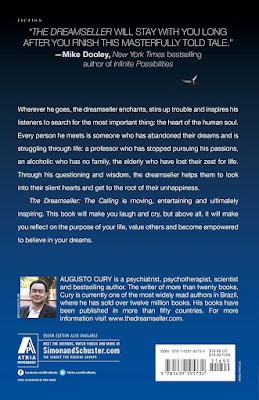