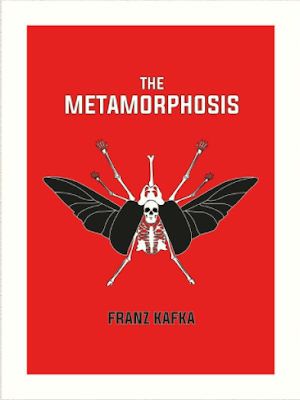 The Metamorphosis is a widely read and discussed book for over a century. It has already been adapted for plays, films and comic books. It appeared in the telenovela Avenida Brasil (2012) and is a topic for TCC research and social and political debates.

The book works as a very objective account of Gregor Samsa, a traveling salesman who, one morning, wakes up in the body of a giant insect. Although the work does not mention what the insect is, most people visualize it as a cockroach, from the author's descriptions. As the sole supporter of the family, Gregor's only anxiety is that he will be late for work. This is also the family's despair, as he has not left the room and does not respond when there is a knock on the door.

When, after much effort, Gregor manages to open the door, the situation in the house becomes chaotic. The father is repulsed and does not believe that this is his son. The mother feels enormous despair and makes a great effort to see the creature as her son. Her sister is the only one who shows any compassion.

Despite the new situation, the family goes about their normal routine, although with fears about the absence of Gregor's salary. He, meanwhile, watches from afar life happening without him, who is completely excluded from the family nucleus.

The work is very short and direct, with a little more than 100 pages. Even with a relatively small history, Franz Kafka manages to masterfully address topics such as the existence of a subject only as a part of the labor market, intolerance in the face of something that breaks the standards, the conception of a person's value based on their usefulness. for the others, the superposition of the exterior to the interior of an individual, among others.

Written in just twenty days, The Metamorphosis shows how social exclusion makes a person wither. Even though it is relatively old, its approach remains current and makes a lot of sense in the world we live in today. If I made a list of “books that all people should read”, this one would certainly be there.