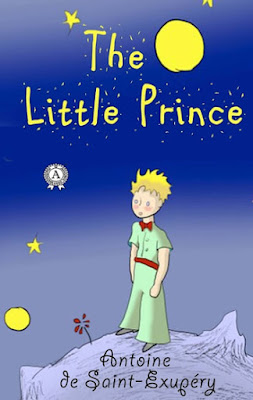 The author of the book is the main character of the story, who also assumes the role of narrator, telling about the fateful day when his plane crashed in the middle of the Sahara desert.

There, the main character falls asleep and, when he wakes up, he comes across the Little Prince, who asks him to draw a lamb on a sheet of paper.

The protagonist is frustrated in relation to his drawings, as no one could ever interpret his arts correctly.

Throughout the story, the Little Prince narrates his adventures to the protagonist.

The young man would be looking for a sheep to eat the trees that would be growing in excess on his land, an asteroid known as B 612, which would only have a red rose and three volcanoes, one of which is inactive.

When listening to the adventures of the Little Prince, the protagonist begins to notice how people stop appreciating the little things in life as they grow up.

Analysis of Quotes from the Book The Little Prince]

The parable of the "Little Prince" discusses, among other philosophical questions, the loss of innocence and fantasy over the years as people grow up and leave childhood.

Discover below the most important phrases that guide the work and give it a unique depth:

"What is essential is invisible to the eye, and can only be seen with the heart."

This literary work deals in several parts with the value of things. Through this statement by the Fox, we can conclude that the true value of something or someone cannot be seen with a superficial view.

To know what is essential, it is necessary to see with the heart, that is, to take time to know, to look without prejudice and without discrimination.

"It was the time you spent on your rose that made it so important."

This sentence describes the affective bond between the Little Prince and Rosa. We can conclude with this sentence that what makes things or people important is the time we invest in them. The longer it takes, the more important it becomes in our lives.

"If you come, for example, at four in the afternoon, from three o'clock I will start to be happy."

With this declaration, Fox expresses the affection she feels for the Little Prince.

The same thing happens between people who like each other, there's that feeling of anticipation when you know there's going to be a date.

"People are lonely because they build walls instead of bridges."

The two mentioned structures (walls and bridges) serve to designate attitudes in the context of social interaction.

"You become responsible, forever, for what you have tamed."

The phenomenon of “captivating” something or someone is covered extensively in this book. This phrase explains that, when a relationship is formed (whether loving or friendship), people captivate each other and by captivating, they are responsible for it. This means that love or friendship requires responsibility.

The Little Prince captivated Rosa and for that reason he became responsible for her, responding to her desires and whims.