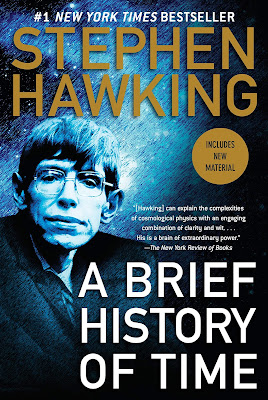 One of the most brilliant minds of the modern world, Stephen Hawking guides the reader in the search for answers to some of humanity's biggest questions: What is the origin of the universe? Is he infinite? And the weather? Was there a beginning and will there be an end? Are there other dimensions besides the three spatial ones? And what will happen when it's all over? With creative illustrations and humorous text, Hawking unravels everything from the mysteries of particle physics to the dynamics of the hundreds of millions of galaxies in the universe. For the initiate, it is a beautiful representation of complex concepts; for the layperson, it is a glimpse into the deepest secrets of creation.

The work is not aimed at physicists, but at laymen interested in science. The author defends that science is less elite and more accessible to everyone, and he does an amazing job in this regard, making his reader feel that he is learning a lot.

The book begins with an explanation of the perception that humanity has of the universe, and how it has changed over the centuries, passing through Aristotle, Copernicus, Galileo, Newton and Einstein. In this part, Hawking familiarizes the reader with some important ideas from science: what is a scientific theory, and what are the two great theories that describe the universe today (general relativity and quantum mechanics). Later on, Hawking delves into these two theories; he explains what they attest and how scientists arrived at their current formulation.

His explanations are pleasant to read, and the author has an excellent sense of humor. Historical references are punctuated by witty commentary, and his examples are always witty — is it even considered black humor if a physicist throws an astronaut into a black hole and then laments that he can't come back because he's "turned into spaghetti"?

These moments of levity are very welcome, because the concepts explained by Hawking can be very difficult to understand. The opening chapters of the book, which focus on the law of gravity and general relativity, were pretty easy for me, but my reading got really slow when I got to quantum mechanics. In these parts, it took several pauses and rereading of some paragraphs, and sometimes even looking for other sources (such as YouTube videos) to better understand certain concepts.

But the general feeling is that Hawking makes science as palatable as possible, even if some subjects are especially tricky. And it does it admirably – it's not a simple task to summarize so many subjects and organize them in a logical order and with a reasonable learning curve.

Between one explanation and another, the author also tells some gossip from the world of science, revealing some researchers who were wronged by the Nobel, and even people who fought over theories of physics. These are interesting curiosities that punctuate the book, along with some mentions of the author's own life story, who became famous not only for his research, but for his personal trajectory. (Part of his life was recently portrayed in a beautiful movie called The Theory of Everything.)

Learning about time and space is fascinating, and even the hardest parts didn't put me off with this book. Hawking knows how to stimulate fascination and love for science, and still make us hopeful for the directions that science can take.