Bram Stoker, the writer of Dracula 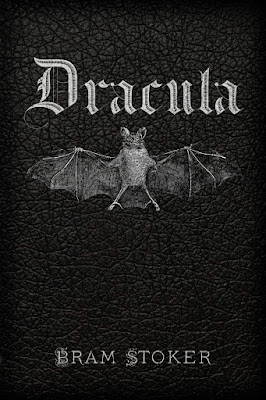 Written by Irishman Bram Stoker in 1897 and re-edited in an abridged version in 1901 (this version is currently in circulation), the novel Dracula was not only one of the main consolidators of the vampire image in 20th century popular culture through cinema, TV and of literature, but also constitutes, even today, a relevant literary product, remaining in uninterrupted publication since its launch. Its structure not only reflects, but is also reflected in, hundreds of other fantastical supernatural works.

Undoubtedly, of all the universal myths created by literature, from Hamlet to Madame Bovary, and from Don Quixote to Robinson Crusoe, the most popular and the one with the greatest number of followers in the world is that of the immortal lord of darkness: Count Dracula.

It has a very attractive theme for teenagers

It presents very accessible language, although it is not a short text.

Next, we will analyze the book and point out some ideas for its use as a teaching material.

The narrative is epistolary, that is, it is done through a series of documents, most of which are diaries of the characters.

Jonathan Harker, a young English lawyer from London, engaged to the young and beautiful assistant professor Wilhemina Murray (Mina), is in the city of Bistritz and will travel to Transylvania, one of the most remote regions of Hungary at the time, to close a deal with Count Dracula.

While staying at the Count's castle, Harker realizes that Dracula is a bit strange, until he realizes that he has been taken hostage and that he is in the company of an absolutely evil being.

“What sort of man is that, or what sort of creature or simple beast is there hidden under the features of a man? I feel the terror of this demonic place annihilate me. I'm in a panic - in a mortal panic - and there's no way out for me. I am immobilized by a web of terror that my brain refuses to reason about.”

In the castle live three young and beautiful vampires, who one night seduce Jonathan and are about to suck his blood, a fact avoided by the Count's interruption. Dracula gives the trio a child to drink, and when the baby's mother arrives at the castle in search of her son, the Count orders the wolves to devour her.

Having imprisoned the young Harker, Dracula decides to go to London, but he will have to travel in a box with soil from Transylvania, as he needs to rest in the sacred land of his homeland. To reach the desired destination, the Count will have to travel by carriage to a port near the Bosphorus, and from there continue by boat from Varna to Whitby, on the coast of England, across the Dardanelles. At the same time, to get some rest, young Mina Murray decides to spend a holiday season with her childhood friend Lucy Westenra, at their summer home in Whitby, on the Yorkshire coast. Lucy is a beautiful young woman from a wealthy family, who lives in a luxurious mansion with her widowed mother, Mrs. Westenra. Lucy suffers from sleepwalking and Dracula takes advantage of the fact to suck her blood for the first time, an episode that Mina witnesses, helping Lucy after the incident, taking her home.

Jonathan Harker remains a recluse in Dracula's castle, until he manages to escape by going down the walls, falling into the river that borders the castle, being dragged by the current. The nuns of a nearby abbey find him, and he is later taken to a hospital in Budapest, where he recovers from a brain fever caused by the terrible episodes experienced in Dracula's castle. A nun sends Mina a letter reporting on Harker's situation and asking her to come see him. Mina decides that they will get married there.

Still in Whitby, Lucy Westenra suffers from strange symptoms: extreme pallor, weakness and two small holes in her neck, caused by an alleged illness; but in reality what happens is that the young woman is turning into a vampire, since Dracula has extracted the blood, which she needs to live and rejuvenate. Lucy's symptoms worsen after her return to London. Seeing that her condition only worsens, Lucy's fiancé, Lord Arthur Holmwood and his friend Quincey Morris, ask Dr. John Seward (the three had declared themselves to Lucy). Seeing that Lucy's health deteriorates, Seward decides to ask Dr. Abraham Van Helsing, a Dutch doctor who specializes in mysterious diseases, who was his teacher. After carrying out numerous treatments and transfusions, Lucy and her mother died (the latter of a heart attack) and were buried.

Days later, news published in the newspapers speak of a “beautiful bloody lady” who bites small children. The Doctor. Van Helsin suspects that Lucy has turned into a vampire. The Doctor and his companions stand guard in front of Lucy's family mausoleum and catch her with a child, drinking her blood. Doctor Van Helsing seals Lucy's grave with a consecrated host so she cannot escape, and stands behind the vampire with a golden crucifix. The three former suitors are horrified to see the young woman they loved. Dr. Van Helsing and his assistants drive a stake through Lucy's heart, cut off her head, and stuff her mouth with garlic. In this way the young woman is no longer a vampire and her soul can rest in peace.

Mina Murray, now Mina Harker, later marries Jonathan, upon returning from her marriage receives news of Mr. Hawkins, who was a great friend of hers and Jonathan, both regarded him as a father. Upon returning from the burial, Jonathan discovers that Count Dracula is already in London, and has rejuvenated himself. Upon arriving home, Mr. Hawkins bequeathed him, Mina receives a telegram from Dr. Van Helsing and, with great suffering, learns of the death of Lucy and her mother. Concerned about his own mental health, Jonathan asks Mina to read the diary he wrote during his stay at Dracula's castle in Transylvania. Mina reads the diary and is dismayed, reporting what she read to Dr. Van Helsing. The Doctor. He finally concludes that Count Dracula is a vampire, so they decide to murder him, leaving Mina supposedly safe in the asylum.

Dracula manages to enter the asylum and bite Mina. Dracula faces Jonathan and Van Helsing, but when he can't defeat them, he leaves for his castle in Transylvania, failing in his goal of settling in England to increase his harem of vampires.

All who wish to end Dracula, Jonathan, John Seward, Van Helsing, Quincey Morris, Lord Godalming and Mina, go after him in his homeland. There, the final confrontation takes place that ends the Count and apparently frees Mina from the curse.

The epilogue is Jonathan Harker's reflection seven years after the events.