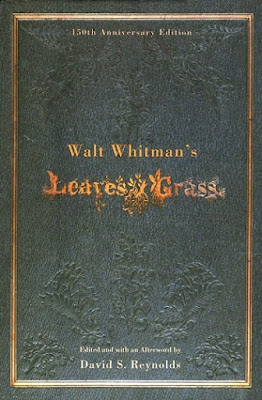 Walt's Walt Whitman book entitled "Leaves of Grass", presented by Gale, refers to the 150th anniversary edition of the 1855 Leaves of Grass, which, oddly enough, does not include Gale's favorite poem, recited in "Sunset ", 6th episode of the 3rd season. This one, below:

When I heard the wise astronomer;

When the evidence, the figures, were arranged in columns before me;

When they showed me the graphs and diagrams, to add, divide and measure them.

As I sat, I heard the astronomer, where he was saying with loud applause in the lecture hall;

So soon, inexplicably, I was full and tired;

Until I got up and left, I wandered alone, in the mystical, damp air of the night, and from time to time I looked up in complete silence to the stars." 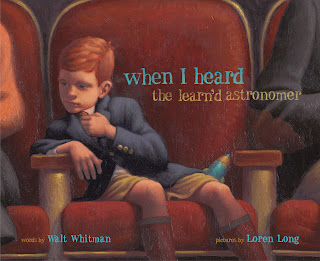 Who was Walt Whitman? 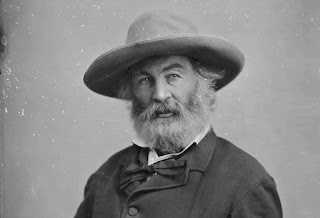 Walt Whitman (1819-1892) was an American poet, essayist, and journalist. He was considered one of America's greatest poets, a voice in the service of democracy.

Walt Whitman (1819-1892) was born in West Hills, Huntington, New York State, United States, on May 31, 1819. He was the second child of Walter Whitman and Louisa Von Velsor, received the strict education of the Quakers, community her mother attended. In childhood and adolescence, he lived in Brooklyn and Long Island. At the age of 12, he started to work as a typographer's apprentice.

Between 1836 and 1838, he taught at East Norwich, on Long Island. Between 1838 and 1839 he edited Huntington's Long Island weekly. In 1841 he moved to Manhattan. He worked as a journalist at the Broadway Journal, where he wrote reviews of opera and theater, reports of baseball games, daily chronicles, articles on the slavery issue, short stories, etc. In 1842 he published the book “Franklin Evans”.

In 1845 Walt Whitman returned to Brooklyn and for a year wrote for the Long Island Star. Between 1846 and 1848 he worked as editor of the Daily Eagle. Still in 1848, he edited Freeman Brooklyn, and the following year he installed a printing press and a stationery. In 1855 he published “Leaves of Grass”, a volume of poetry, with 100 pages that does not bear the name of the author or editor. Criticized by some and praised by others, the work was considered obscene for its time.

Throughout his life, the writer dedicated himself to reviewing and completing the book of poetry, which had eight editions. In the second edition, in 1856, the work already had the author's name on the cover. With 32 poems, among them was the poem (Song of Myself) “Song of Myself”. In 1860, an already recognized author went to Boston to launch the 3rd edition, with 154 poems.

In 1862, when he received news of the injury of his brother, who had enlisted as a volunteer in the Civil War and immediately left for Washington. He made an exhaustive and in vain search of field hospitals. Then he went to the front where he found George, whose wound was not serious. The account of this experience is later published in “Memoranda During The War” (1875). In 1865, with the tragic death of President Abraham Lincoln, Whitman wrote “When Lilacs Last in The Dooryard Bloom’d,” an elegy on the effect of tragedy.

In 1871, the year of the emancipation of blacks and the publication of the XIV Amendment to the Constitution, which gives them the right to vote, Whitman declaims, at the New York International Exhibition, some unpublished poems, published in the 5th edition of Leaves of Grass. The book already had 273 poems. That same year, he published “Democratic Vistas”, where he questioned the social and political corruption of that time.

In 1872, Walt Whitman goes to Hannover, at the invitation of Dartmouth College, a university of liberal traditions, where he read “As a Song Bird on Pinions Free”. In January of the following year, Whitman suffered a paralysis affecting the left side of his body. In May, he loses his mother, and moves to his brother's house in Camden, New Jersey.

Still physically debilitated, he did not give up, and published the 6th edition of “Leaves of Grass” (1876), in two volumes. In 1882, he published the 7th edition and also “Collect”, which included accounts of the Civil War. In 1888, he suffered another attack of paralysis. With the support of Horace Traubel, he sees published his two new books: “November Boughs”, which brings together 62 unpublished poems, and “Complete Poems and Prose of Walt Whitman”. The 8th edition of “Loves of Grass” (1889) sells out quickly. In 1892 the 9th edition was released.

"To my other favorite W.W." 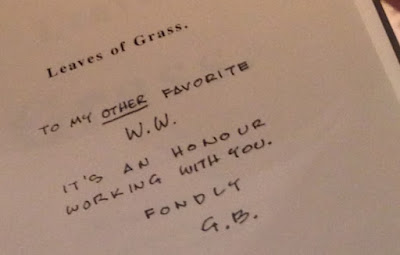