On Writing–A Memoir of the Craft - Stephen King

On Writing–A Memoir of the Craft - Stephen King 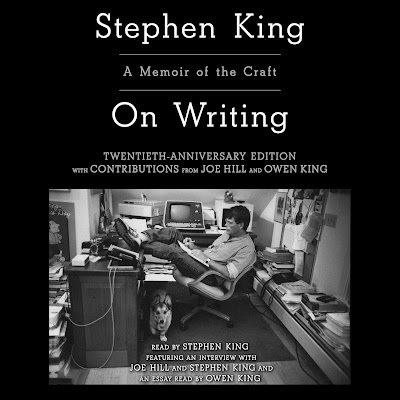 Here are some excerpts from the book " “On Writing–A Memoir of the Craft” by renowned writer Stephen King, with tips for those who seriously want to pursue a writing career

Get to the point. Do not waste your reader’s time with too much back-story, long intros or longer anecdotes about your life. Reduce the noise.

Write a draft. Then let it rest. King recommends that you crank out a first draft and then put it in your drawer to let it rest. This enables you to get out of the mindset you had when you wrote the draft and get a more detached and clear perspective on the text.

Cut down your text. When you revisit your text, it is time to kill your darlings and remove all the superfluous words and sentences. Removing will de-clutter your text and often get your message through with more clarity and a bigger emotional punch.

Be relatable and honest. One of the keys to doing that is to have an honest voice and honest characters with both bad and good sides to them. People we can relate to with all of their faults, passions, fears, weaknesses and good moments. Another key to being honest and relatable is keeping a conversational style.

Write a lot. To become a better writer you probably—and not so surprisingly – need to write more. 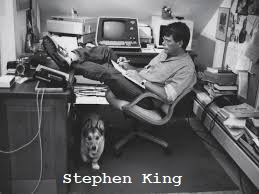 Stephen King is the author of more than sixty books, all of them worldwide bestsellers. His recent work includes If It Bleeds, The Institute, Elevation, The Outsider, Sleeping Beauties (cowritten with his son Owen King), and the Bill Hodges trilogy: End of Watch, Finders Keepers, and Mr. Mercedes (an Edgar Award winner for Best Novel and an AT&T Audience Network original television series). His novel 11/22/63 was named a top ten book of 2011 by The New York Times Book Review and won the Los Angeles Times Book Prize for Mystery/Thriller. His epic works The Dark Tower, It, Pet Sematary, and Doctor Sleep are the basis for major motion pictures, with It now the highest grossing horror film of all time. He is the recipient of the 2018 PEN America Literary Service Award, the 2014 National Medal of Arts, and the 2003 National Book Foundation Medal for Distinguished Contribution to American Letters. He lives in Bangor, Maine, with his wife, novelist Tabitha King.