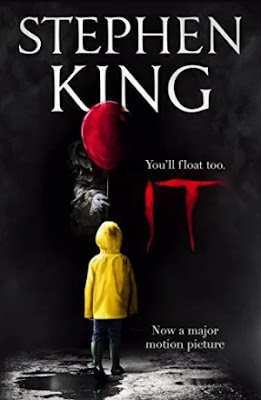 During school holidays in 1958, in sleepy Maine town Derry, Bill, Richie, Stan, Mike, Eddie, Ben and Beverly learned the real meaning of friendship, love, trust and... fear. The deepest and darkest fear. That summer, they first faced The Thing, an evil supernatural being who left terrible bloodstains in Derry. Almost thirty years later, the friends meet again. A new wave of terror took over the small town. Mike Hanlon, the only one left in Derry, gives the signal. They need to join forces again. The Thing attacks again and they must fulfill the blood-sealed promise they made as children. Only they have the key to the riddle. Only they know what lurks in Derry's bowels. Time is short, but only they.

It – The Thing is one of the best (if not the best) horror book ever written, I understand and even agree. In the course of the THOUSAND AND HUNDRED PAGES (reason for the review to take so long to come out) contained in the book, the journey that King takes us is impressive, towards the various spheres of terror, both physical and psychological, that afflict human beings since childhood. until the adult stage.

I think everyone already knows the story of the seven members of the Losers Club, so my personal synopsis of the book will be very short, here goes:

Bill, Richie, Ben, Eddie, Stan, Mike and Beverly couldn't be more relieved with the last day of school, summer was dawning in the city of Derry, but the reasons for the excitement were not many. Bill had just lost his younger brother, George, who had been brutally murdered. What those kids didn't know was that with George's death, a new murder cycle was about to begin, all orchestrated by Pennywise, better known as The Thing.

Why that name? The Thing does not have an exact shape, since for each of the children it appears in a different way, always showing the greatest fear of the character in question. With that begins a battle between the boys and the demon.

It is very difficult to summarize such a great book in one review, but I will try my best to explain why this work is so good and is already among my favorite books of all time. King does not fail to write a work that portrays fear in the purest form we know, after all, what is fear? Describing him is almost impossible, but the way Stephen writes is intoxicating, it takes over our senses. That's because here fear is portrayed in a real way and befitting the characters, but what do I mean by that?

the book develops in two different timelines, that is, it has a children's nucleus and an adult one, both with the same characters; The way in which fear and how Pennywise acts and manipulates the protagonists changes a lot, even because what scares you as a child probably won't be the same thing that will scar you as an adult, King was genius in approaching this in a very psychological. And, as much as the clown is the figure best known as The Thing, he is just one embodiment (among many) of what it's like to feel fear.

All seven main characters have GREAT developments during the chapters, none are left out. Of course some get more attention (Like Bill, Ben and Beverly) and others not so much (like Stan), but still you create a giant love for all of them, their personalities blend so well together that you really feel that that group of people friends is real, and that they really love each other.

In addition to fear, the book opens up very interesting questions, such as understanding the weight of friendship, love, creativity, maturation and sexuality. Friendship is a constant theme of the book, especially because Bev, Ben and Mike are nobody's friends and they get to know each other as the book develops, the bonds that each one of them creates with the others is beautiful to read, all this leads to love, because the more Pennywise terrifies them, the more they look to themselves and friends for support to not give in to panic, such an attitude leads them to psychological maturity.

Finally, creativity ends up being the primordial item, both for the writing of the work and for the development of the story itself. There are reports that King was pretty high when he wrote It (as well as other of his books), due to his addiction to alcohol and cocaine, but I don't think that had a heavy influence on the book, even though it has some very psychedelic parts (emphasis here concerning the origin of the Thing and the Ritual of Chüd). In the narrative, creativity is the key to dealing with fear, we see this in several works, such as Harry Potter, where to defeat fear in its pure form, the bogeyman, to defeat it we use the creativity through the spell Expelliarmus, here the idea is the same.

I'll highlight a few others very quickly to end the review: The synchrony between the two timelines is something that left me ecstatic, really Stephen King creates an impressive literary experience. The way A Coisa is developed also surprised me a lot, just to give you an idea, it has some chapters narrated by it, and it's crazy. Finally, in conclusion, It is a work that talks about fear, yes, but I believe that its focus is on how to overcome it through love, creativity and friendship. 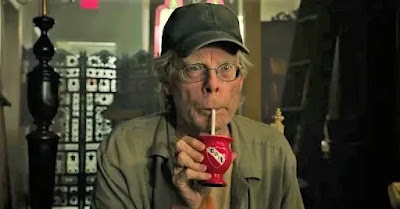