Today we celebrate the 178th birthday of one of the greatest Brazilian writers, Joaquim Maria Machado de Assis.

Machado de Assis, born on June 21, 1839. Greatest Brazilian writer and patron of the National Press, title conferred by presidential decree of January 13, 1997, here he began his professional activity as an apprentice typographer, between 1856 and 1858, in then National Typographia directed by the also writer Manuel Antonio de Almeida. Later, Machado de Assis returned to work as assistant to the Director of the Official Gazette, from 1867 to 1874. The Press Museum preserves in excellent condition the press where he worked as an apprentice typographer, rightly called Machado de Assis press. One of the most admired pieces in the collection.

The Posthumous Memoirs of Bras Cubas by Machado de Assis 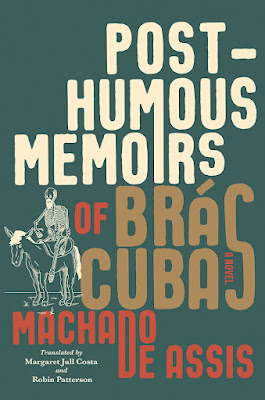 "In his posthumous memoirs, Braz Cubas, a wealthy nineteenth-century Brazilian, examines (from beyond the grave) his rather undistinguished life in 160 short chapters that both cover the basics of his existence and open out into philosophical explorations that sometimes follow meandering paths of thought to unexpected places, at times exuberant and hilarious, at other times cynical and utterly at odds with the world around him. In the tradition of Laurence Sterne and Jonathan Swift -- and as a clear forerunner of the works of Gabriel Garcia Marquez and Jorge Luis Borges -- Epitaph of a Small Winner, first published in 1880, is one of the wittiest self-portraits in literary history, as well as quite possibly the greatest novel you have never heard of" 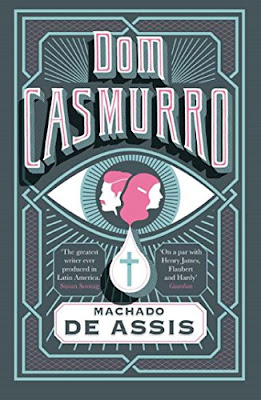 Dom Casmurro is an 1899 novel written by Brazilian author Joaquim Maria Machado de Assis. Like The Posthumous Memoirs of Bras Cubas and Quincas Borba, both by Machado de Assis, it is widely regarded as a masterpiece of realist literature. It is written as a fictional memoir by a distrusting, jealous husband. The narrator, however, is not a reliable conveyor of the story as it is a dark comedy. Dom Casmurro is considered by critic Afranio Coutinho "a true Brazilian masterpiece, and maybe Brazil's greatest representative piece of writing" and "one of the best books ever written in the Portuguese language, if not the best one to date." The author is considered a master of Brazilian literature with a unique style of realism.

1881 – O Alienista (The Psychiatrist, or The Alienist; novella)

1899 – Páginas recolhidas (collection of short stories, including The Case of the Stick and the play Não consultes médico)

1870 – Oliver Twist, from the original Oliver Twist; or, the Parish Boy's Progress, by Charles Dickens[32]

There are several published "Complete Works" of Machado de Assis:

1963 – The Psychiatrist, and Other Stories. Berkeley: University of California Press.

1970 – The Hand & the Glove. Lexington: University Press of Kentucky.

2008 – A Chapter of Hats and Other Stories. London: Bloomsbury Publishing.

2013 – The Alienist and Other Stories of Nineteenth-century Brazil. Indianapolis: Hackett Publishing.